HTC phone’s keyboard is irritating users with the ads

You are working smoothly on your HTC phone but suddenly an unwanted ad disrupts you. It not only breaks your flow but also irritates you. These without warning ads are due to low price or free apps. HTC uses an updated TouchPal keyboard in some of its devices like in HTC 10. As free apps provide you bundle of facilities in return you have to bear unwanted ads. You can easily switch to another keyboard but most of the people do not avail this facility and have to bear cross commercialism (commercial is for the sake of money).

When HTC is asked to comment on this unusual practice. The answer is amazing as HTC is totally unaware about this. However, HTC has advised its users to uninstall TouchPal’s updates while TouchPal has refused to take any responsibility by saying that unwanted promos at just a server issue and nothing else. Whatever the case maybe the root cause of this issue is that TouchPal has flipped the wrong virtual switch and as a result, the customers are forced to see the unwanted ads.

All this mess is due to the outsourcing of system software. If a company does not write its own code and rely on others (OS developer like Google) then these types of surprises are evident. This malpractice distorts HTC’s credibility. So in short HTC is losing customers’ confidence and at the same time, it will be the reason of earning a bad name for HTC.

The touchpal keyboard is used as a default in many of the HTC devices. Nowadays the owners of HTC are forced to watch undesired ads due to HTC keyboard. HTC offers a simple solution to this inconvenience is, to switch to another keyboard or uninstall TouchPal’s updates. While Touchpal claims that the unwanted advertisements are nothing else but a result of server issue. The matter of fact is that Touchpal has tossed wrong virtual switch and as a result users are forced to see ads which they are not supposed to do so.

Customers are concerned about this error which is due to the outsourcing of system software. It is due to the failure of the manufacturer to write its own code if it does happen then undesired ads are the result. This particular case may be the cause of the decline in HTC’s brand image. However, the good news is that HTC has announced that it was not an intentional mistake and their efficient team is working to revert the matter and trying to make things better

What are the Benefits of VK Chat app? 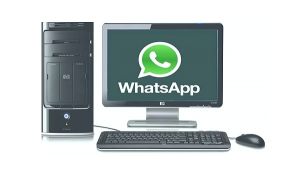