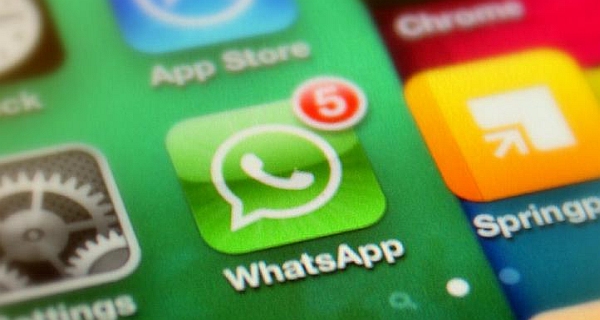 The industry of mobile messengers is growing at a far faster pace than ever, and with the rising demand for latest features and additions to make these apps more interesting, engaging and user-friendly, more and more companies are starting to compete with each other fiercely.

Although established messengers such as Skype or Facebook Messenger are still preferred over other programs by a large percentage of users, new apps like Viber, TextMe, Line and MessageMe are trying to catch up.

With so many different messenger options to make your head spin, deciding which one to use can be a tricky task. Therefore, we have listed 10 apps which we think are better than any other unlisted messengers available today. Note that almost all the messengers listed below are loved for their free SMS provision and no-cost calling capacity, using either mobile data plan or a wifi network.

1. LINE
Owned by Naver Corp. of South Korea, this application is the most used messenger in Japan, where it was developed during 2011. Featuring certain gaming features as well as features resembling social networks, this particular app allows calling in addition to messaging. Further, this app is loved for its ability to make provision for playing with other Line members using its built-in type of camera app.

One of the main reasons why Line is loved so much throughout the world is the availability of fun cartoon stickers or characters in it. Designed to serve like emoticons, such characters make the overall experience enjoyable. Although Line is free at its core, premium stickers can be bought if desired by a user. Till 2013, Line was mostly popular only in the overseas; nowadays however, it is very popular in the USA too! Available as an app for mobile as well as desktop, supporting all popular platforms including Android and iOS, this particular messenger can be regarded as more of social entertainer than just a messenger.

2. WhatsApp
Allowing users to send messages using phones without the requirement to pay any charge to the carrier, WhatsApp utilizes the power of internet in order to work. Moreover, note that the app also allows users to share audio files, photos as well as videos, along with simple texts. Working on different platforms like Windows, Android, iPhone as well as BlackBerry and some others, this multi-platform app released in the year 2009 was later bought by Facebook.

One thing you need to know about WhatsApp is that it does not provide direct real-time calling service. However, you can record voice and send it through. WhatsApp is free to download, but after a year, it requires a minimal subscription charge of 99 cents per year.

3. Viber
With the powerful tagline “Connect. Freely.”, Viber allows users to get benefitted from voice calls or texts without having to pay any carrier charge. The app makes use of internet with the help of mobile’s data plan or wifi in order to provide its free services using VOIP technology.

Loved for its user-friendliness, Viber is often praised for its ability to quickly and automatically read phone contact details and settings. Moreover, there is no any hassle associated with its setup, because unlike other similar apps, there is no need to enter a password when first setting it up. Along with texts, it also allows photo sending. Also, its group messaging can accommodate up to 15 people, which is superior to even Twitter’s ability.

4. MessageMe
Launched quite recently – in the year 2013, the MessageMe app can be regarded as one of the new players in the industry. Mainly being focused on context and multimedia, this app allows media-mixing like drawing on a photo before sending it via IM. The interface is admirably slick, and it is currently available for iOS as well as Android platform.

5. Voxer
With its provision for sending recorded messages or multimedia for free, this app is often referred to as PTT or walkie-talkie. When a message is sent, the receiver’s phone plays it instantly if the app is running on the receiver’s side; otherwise, it gets saved as a voicemail. With photo messaging, group messaging, and VOIP calling, this app is quite packed. Available for iOS and Android at the moment, it has a free feature-rich business version as well.

6. HeyTell
With a beautiful button ‘hold and speak’, this particular app provides instant voice message capacity. Working for Windows, iOS as well as Android, this app does not require sign up and allows a user to befriend other users. Released by Voxilate, Inc., this free service has premium things to offer too, like voice changer and additional ringtones.

7. TextNow
Being compatible with mobile as well as computer, this app primarily targets iOS and Android users. It lets users message, in addition to make calls for free using wifi or mobile data plan. The cool thing about this app is that it assigns all users unique phone numbers. When it comes to Canada and USA, this app offers unlimited free voice calls and texts.

8. Talkatone
With quite a creative name, this app also makes it simple for its users to make totally free texts or calls over the internet, by using wifi, 4G, LTE or something else. Compatible with Android as well as iOS, this app is particularly useful for those living in the USA and Canada, who want to make totally free calls or send free texts.

9. Keek
This app is quite similar to Twitter knockoff, and it allows mobile users to send video messages. With the provision for status updates of as long as 36 seconds, this app makes sharing of videos social. It not only allows direct sharing with Keek users, but also lets users to post on Twitter, Facebook, Keek or Tumblr. It works on iOS and Android.

10. Snapchat
This app is perhaps the only one in this list which has a bit of controversy attached with it. The thing is that although it is a normal mobile messenger app like many other apps available in the market at the moment, it has a special feature that is not available in other common apps. The messages that are sent via Snapchat do not last. When a recipient receives a message, the message gets automatically destructed after a while. This particular bizarre yet unique nature of this app has made it quite popular among young users looking for some thrill!

All things considered, there is no doubt about the fact that the market is packed or flooded with all sorts of communication apps that allow users to send free messages, videos, photos etc. without having to spend even a single penny. These apps, with the help of the power of internet using wifi, 4G or 3G, have almost changed the mobile world completely in a number of important ways. Also, when it comes to choosing an app, it all comes down to preference, rather than quality. While one app may be loved by a certain group of users, another group may choose something else and totally ignore the previous app. Different people are likely to love different apps, depending on their mobile communication habits.

How to install Telegram on iPhone?

How Minecraft Turned its Developer into a Billionaire