Users of Instagram, the social media platform which is owned by Facebook, have recently been introduced to a new, yet not very well received, feature. The new feature is called “recommended for you” and what it does is that it allows every user to view posts that were posted by people he or she doesn’t even follow. These posts will appear to the user in his or her personal feeds if they were liked or commented on by users whom he or she follows. Posts which are included in this feature to be displayed to users who don’t follow the post creator will consist of all kinds of contents available whether it is an image or a video.

The “recommended for you” feature is not entirely new, in fact it was available for a long time under the “explore” tab in Instagram, which most likely means that the “explore” tab will be gone after it is completely integrated with the users’ personal feeds.

The biggest benefit Instagram is going to get by adding this feature is the increased demands on its ads which will enable the Facebook owned platform to accommodate higher ad loads. This strategy is not very different from the one Facebook is using to increase the users’ exposure to ads as they spend more time on the app going through more of its content.

In an official statement, an Instagram spokesperson said that this feature is meant to help users to reach and view new and more interesting content on Instagram. That is why Instagram will offer you suggestions of additional posts that you may like, once you have finished viewing all available content in your personal feed. The spokesperson of Instagram also stated that the social media app will display from three to five “recommended for you” posts and promised that ads will not be included right away, but they are to be added to the flow of the feed later on.

Unlike all other new features on Instagram, this feature was not announced on the blog of app, but rather quietly in a newly added post in the help center of the social media platform. the announcement post also contain a clarification that the users are going to have an option that will allow them to temporarily hide the “recommended for you” posts.

The feature was not well received by Instagram users who expressed their disappointment and objections to it in their tweets on twitter.

WhatsApp Messenger is to Become Ad-Friendly 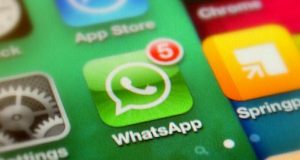