Snapchat Stickers Could Be Coming to AR

Messenger>News>Snapchat Stickers Could Be Coming to AR

Snapchat stickers have been a popular way to edit photos since they were first released. They have been such a hit that Snapchat Inc (formerly just Snapchat) is thinking of bringing them into augmented reality. So far, there is only a patent for the idea, but the hype surrounding it has been rolling through users like a tidal wave.

The AR version of stickers will place 2D sticks on the camera feed in real time. The patent describes a method in which virtual objects from a database can be placed into camera data from VR goggles and smartphones.

The patent also simplifies the process, making it use less computing power. The system would combine GPS data and a predetermined set of images of the location provided by the user to figure out depth estimates.

The patent also says that the system would work with mobile phones, augmented reality headsets, visors and glasses, as well as spectacles (explained in another part of the patent as being special spectacles that are designed to work with the sticker system).

Although the patent sounds promising, it’s hard to say whether or not the idea of AR stickers will become a reality. Most patent applications that are filed, don’t make it past the stage of being a patent. This unique idea gives us an insight into what Snapchat has been up to and researching as of late.

Originally, this patent was filed in 2015. So why haven’t we heard of it before now? That’s hard to say. It’s possible that the idea was still being deliberated on and updated, as was the patent. Or, Snapchat Inc may have not had enough support to think that their idea would be worth the patent application process. Regardless of why, it’s safe to say that the idea that we were just introduced to on the 4th of May is a bright idea with a lot of potential.

If the patent makes it, it could become a pathway for users to create their own AR scenes. The best part of the patent becoming a reality, is that it will remain completely free, as Snapchat has promised never to charge its loyal users.

Itihaasa: Indian IT History App for iOS and Android 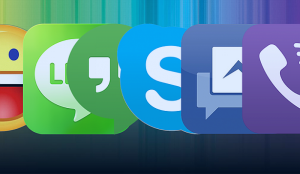 Samsung Galaxy S9 Plus is Getting Boasted