Messenger>News>IPhone X is not selling as expected

When it was first announced, IPhone X was considered to be a huge risk for Apple. The creator and manufacturer company of the device risked with many alterations that has been done to this model that made it way different than any other device that holds the name “IPhone”. First Apple omitted the signature IPhone home button that was a given for any IOS user for a period of time that exceeded 10 years.

Removing the home button was only the beginning that had to be followed by removing the fingerprint or Touch ID and replacing it with the new revolutionary Face ID which is basically replacing a secure and reliable authentication method with one that is way more complicated. And last but not least the design of the IPhone X itself which received endless criticism and sarcasm once it was revealed.

Although in the first few months that followed the launching of IPhone X showed that the risk that Apple took with this model was positively paying off, the model did not succeed in starting a new refresh cycle in the history of IPhone as it was predicted by a number of analysts. Moreover and despite the popularity of IPhone X among Apple users compared to other IPhone models, there are reports that have been circulated that say that Apple decided to reduce the orders of IPhone X because the demand on it has been lower than expected.

A research was recently issued by an analysts form Piper Jaffray, Michael Olson. The purpose of Olson’s research was to try and find out why the sales of IPhone X did not meet the grand expectations for it. The research used the results of a survey that was taken by about 1500 current IPhone owners. The most important part of the research was in the reason why current IPhone owners did not want to upgrade their devices to IPhone X. About 44% of the current IPhone owners who took the survey said that they did not upgrade to IPhone X because the models they owned of IPhones worked fine, while 33% of the respondents said that the reason they did not upgrade was because they thought IPhone X at $999 was too expensive, and 8% did not upgrade their IPhones because they preferred to have the larger screen.

Regarding the last two issues, Apple has announced that its going to produce three IPhones next year that will resolve these problems. 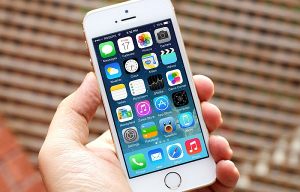