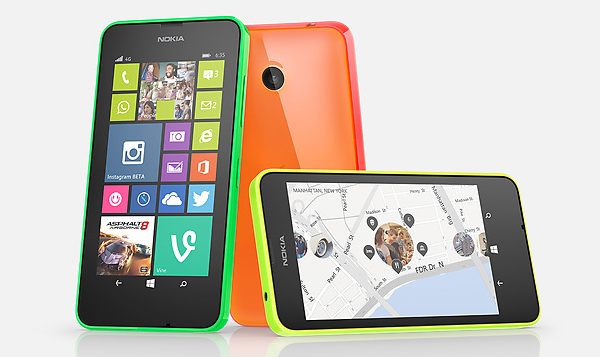 We live in the era where smartphones are ruling the mobile industries. No matter where you go you will find people with smartphones. Smartphones have not only become the part of our life but it has also reduced the work load from us. Things have become quite easy and manageable because of them. One brand that stand firm in the world of smartphones is Nokia. Nokia is one of the oldest and most trusted mobile brands from years. Due to high competition in market Nokia had launched its series of smartphones called Lumia.

Nokia introduced its most advanced and highly competitive series of smartphones called Lumia in 2011. All the new series of Lumia is designed under Microsoft Mobile. Microsoft Mobiles have marketed the series so well that they are successful till today. Lumia gives tough competitions to brands like Blackberry, iPhone and other devices like androids. In fact Lumia smartphones comes with the features that have brought down the sales of every other brand. All the Nokia Lumia smartphones runs on the Windows which were first of their kind. All features gives great comfort to the business class and students with other features that fascinates everyone around the corner.

Nokia Lumia comes up with features like first and second generation of Windows Phones like Windows 7 and Windows 8. Some of the models like Lumia 820 and Lumia 920 are featured with NFC. Lumia 820 has embedded mircoSD card and also comes up with the option of wireless charging. Lumia 920 comes up with the camera which has optical stabilization of image. Lumia smartphones like Lumia 720 and Lumia 520 comes with great features at affordable prices therefore are listed as most sold products of Windows Phones. New range of Nokia Lumia like Lumia 925 has some advanced features from Lumia 920. Lumia introduces the first phone with highest megapixels ever which is Lumia 1020 having 41 megapixels camera. Lumia series also launched its first tablets which run on the Microsoft Windows RT. Lumia series always comes up with the advanced feature from the previous model.

Though Lumia series have some problems with sharing data yet they are the only smartphones with best features and affordable prices in the current market which you cannot neglect therefore they stand unbeaten in the competitive world of smartphones till today.

Download and Install all mesaging apps on your OPPO A57 phone

Why ICQ Chat Room IS Next Big Place To Pass Time After A Tiring Day!