What is OLED challenge for Apple’s iPhone 8 ?

Reports are suggesting that Apple would produce 95 million units of iPhone 8 in 2017. But an irony situation is that Samsung is also involved in the iPhone8 because reports suggested that Samsung is making OLED display for iPhone 8. By the way introducing OLED display is new for Apple only, Samsung has used it in many of its devices.

It is the first time that a media report is suggesting that iPhone will be launched late. In 2014, the Economic daily news reported that iPhone 6 would launch a month before the date and it really happened.

Reports are suggesting that iPhone8 would have a new technology because this is the 10th anniversary of iPhone. If actually, Apple will introduce something amazing in iPhone8 then there will be more competition for Rivals. Another reason for the delay of iPhone 8 is may be that reports suggested that there will be three models for iPhone in 2017.

Rumors suggested that there will be wireless charging in iPhone 8 on which Foxconn is working with apple. Not only this, Apple is also working on a new type of connector. Now only time tells us when iPhone 8 will launch? and with What specs?

We usually get new iPhones in September but some reports are suggesting that iPhone 8 launch schedule is delayed.

Economic daily news, a Chinese language Publication reports that the launch of iPhone 8 would be delayed to October or November claiming that they have some supply chain issues. Manufacturing of an iPhone components in China is increasing and mostly economic daily news gives true reports.

According to the reporter Publication, it suggests that “they are facing the technical issues related to their curved OLED panels”.

How Facebook Can Defeat VK Chat App in Russian Hands Down Revealed! 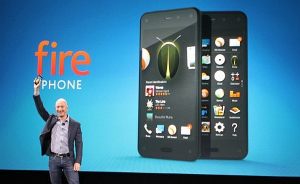