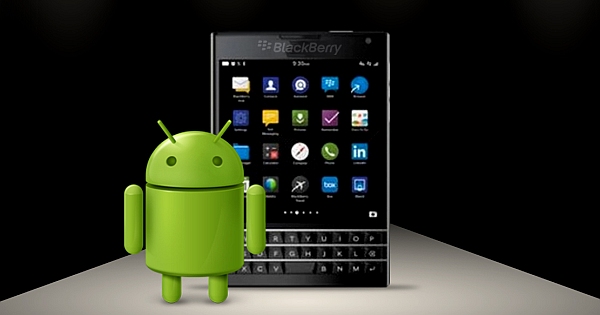 The Blackberry’s slide from being the leader of smartphone mobile pack to near oblivion hasn’t been something easy to watch. Currently, it sounds like the company has made the decision to embrace Android. According to it (the Blackberry Company) embracing Android in its smartphones is the only way to get its mobile phone devices back into the smartphone market.

The unveiling of the ‘Blackberry Priv’ was a very great clue: this is the flagship handset that is running the latest version of mobile operating system from Google (Android 6.0 Marshmallow) rather than the typical BB10 software that is owned by Blackberry.

According to Damian Tay, Blackberry director, the Blackberry Priv mobile device is essentially their transition to the Android’s ecosystem. He further told The Economic Times that the fact that they have secured Android, they may not have two platforms over time; something that portrays that blackberry may finally switch to Android as its operating system for its future smartphones.

Damian Tay said that the typical BB10 and Android would for the time being co-exist. All this would sound like the writings on the wall; meaning that the former operating system will be out ruled with time. There have been very many rumors over the most popular tech blogs about the company switching its OS since last summer.

Tay added that the future of the smartphone market is Android. Blackberry went for Android due to its app ecosystem, as per Tay. Furthermore, most of the enterprise solutions that have been done by blackberry for quite a long time have been cross-platform. Therefore, the move will seem like a natural progression towards the Android operating system.

In overall, some few BB10 loyalists and enterprise users might be shedding a tear as the software passes. Although, when focusing entirely on the Blackberry Company, the move makes lots of sense in case it is interested in selling its smartphones in the future. The Blackberry Priv serves as the mullet of the smartphone devices world. It still serves as business in the front but offering a party at the back. Whereas the market will receive it with varied opinions, the device still stands as the best blackberry for the years.