Facebook Messenger is finally allowing developers a very good opportunity to get interested in developing games especially for the chatting app, as well as creating a new revenue source for Messenger itself. After Facebook added HTML 5 games to its Messenger back in November 2016, the company has recently allowed third party developers who develop mini games within Messenger to add in-app-purchases and video ads to their games.

These videos in the games are meant to award the players a bonus life or a virtual good from the game when they watch the video, which is known as a rewarded video. Facebook’s revenue from this feature will be the cut the company gets from the ads displayed in the Messenger games which will be available in some Android and IOS versions, while the in-app-purchases will be added only to Android allowing Google Play to take its 30% share of the revenue.

Facebook wasn’t really clear about their cut of the revenue, though; they didn’t exactly how much they are planning to get from this videos and in-app-purchases. Yet, they stated that the early tests will be the same as in-app billing of Google Play. While it seems for now that the developer will get to keep the remaining 70%, Facebook is likely to take a portion of that percentage once the in-app-purchases is fully released.

Developers who desire to be a part of monetization beta program can simply sign up for it through the Facebook help center, and of course advertiser who don’t want their ads videos appearing in the Facebook Messenger games can just opt out. Facebook will shortly be releasing the optimization tools and the measurements for the video ads for the developers who are willing to join, in addition to various easier ways to publish the games to their directory.

This feature opens up an opportunity for Facebook Messenger to attract games of higher quality to its platform now since the games will be working as a cash flow channel, whereas in the past the only way to earn money off Messenger games was through branding and promoting movies like Wonder Woman, Valerian Space Run, Bat Climb and Lego Batman.

Facebook Messenger had a few missteps with both bots and stories which had so much potential for monetization these past few years, yet the bots were rolled out too soon and left the impression of being dysfunctional, and the official statement of Facebook about the 70 billion active users daily on Messenger indicates that Messenger Stories are growing much slower than Instagram’s.

Samsung is thinking to relaunch Samsung Galaxy Note 7 for Sale

What are the textPlus Messenger App Advantages? 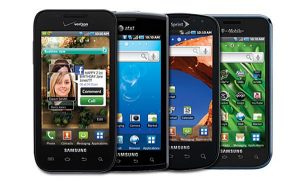