Minecraft for Virtual Reality is the Ultimate Fun

Messenger>News>Minecraft for Virtual Reality is the Ultimate Fun

If you enjoy playing Minecraft then you must try out their VR version. After you check out their all new Virtual Reality version, you will know that you have struck a real deal. Imagine going into the exciting world of Minecraft. Something that you only enjoyed seeing on the screen will now be available to experience like real. The VR version of Minecraft for HTC Vive is really exciting.

To be able to play the Virtual Reality game, you need a Vive and the virtual reality version of Minecraft. Just follow the installation instructions and you will be ready to go on board.

What we really appreciate about the Vive version of the game is that it is almost like the original game, just a little slower in many places. On the right hand, you will have the tool or weapon and on the left hand, you will hold the crafting interface which looks like the palette of a digital painter. It’s almost similar to the Tilt Brush VR painting by Google.

After wearing the VR device, you can move things around in the inventory with your right hand and it appears pretty natural. It takes some time to allocate the crafting resources. You need to use a keyboard and mouse to do this.

You can move around inside the house simply by teleporting instead of walking. This is a pretty common approach in the world of virtual reality. They give you an option to walk ahead just like normal which almost makes you feel like you are inside the world. It’s worth noting that the existing VR version of Minecraft is highly polished than the earlier versions however they still feel like work-in-progress.

Read More >>  How Minecraft Turned its Developer into a Billionaire

We hope that the versions that will be realized in future will come with a lot of other customizable controls. There will be some general performance along with improvements in the interface. This is undoubtedly one of the most impressive and immersive thing that you can do in virtual reality.

So, if you enjoy playing Minecraft and would like to take your game to the next level then we suggest that you give the VR edition a try. Watching the game on your PC, tablet or mobile phone is one thing and being a part of the world in VR is a completely different experience altogether.  We hope there will be more improvements that will make the experience much better!

How to install Viber on iPhone? 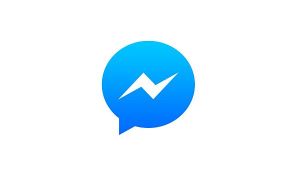