The OnePlus tech brand has been rising steadily to prominence as more and more customers are aiming to further experiment with their gadgets and devices by trying OnePlus smartphones. The aspiring company is trying to present extremely functional devices that are both chic and efficient.

Recently, many customers admitted that they would like to have the 90Hz display in the OnePlus 7T smartphone; The 90Hz feature has been welcomed positively by so many users and customers around the world and the company promises to equip more affordable smartphones with the same feature.

Reportedly, the CEO of OnePlus admitted that the most awaited OnePlus 7T will indeed have a 90Hz display that’s found in his sibling, the Pro version. In an interview, the CEO admitted that the 90Hz display has been met with extremely positive feedback and reviews which prompted developers to start incorporating the feature in more OnePlus smart devices.

The warm responses by so many people towards the outstanding 90Hz display have pushed developers to implant the feature in the OnePlus 7T smartphone which is considered to be a rising product of the company. The OnePlus company is reportedly more than thrilled with the reviews of innumerable audience members so far and the future plans are to allow more people to experience a smooth and effective scrolling display via the 90Hz feature. Moreover, the OnePlus 7T smartphone is going to cost less than previous releases in order to meet the different types of customers.

The launch of the most awaited OnePlus product is supposedly going to be very soon, and the 7T smartphone is planned to be one of the first 5G-supporting devices of the year. The upcoming launch is also flaunting more upgrades including a better battery life, an improved processor and a slightly enhanced overall design.

The expected battery for the OnePlus 7T is around 3800mAh which is quite durable for a 24-hour of moderate usage. As for the performance, the upcoming smartphone is powered by a Qualcomm Snapdragon 855+ chipset for better functionality. Moreover, the brand is going to remain loyal to its famous teardrop notch along with improved rear and front camera systems in order to join this year’s feverish race towards the best photography trophy.

The company hasn’t officially confirmed the exact release date but it’s leaked that OnePlus 7T is making its first appearance either by the end of September in Indian markets, or mid October in international markets! All in all, worldwide customers and OnePlus fans are all eyes to give the new smartphone a go and experience the 90Hz display with a smoother scrolling time! 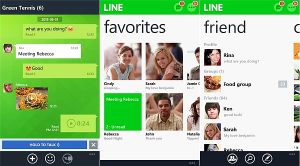