Lenovo ZUK Z1 will be Z1 in India

Messenger>News>Lenovo ZUK Z1 will be Z1 in India

The ZUK Z1 was launched late in 2015 and the phone was a true flagship which came with Cyanogen OS. Yu Televentures had entered a contract with Cyanogen which didn’t allow any other phone makers to launch a phone with Cyanogen.

But rumors suggested that Yu Televentures had closed their contract and now there seems to be confirmation about the same as Lenovo is launching their flagship, the ZUK Z1, as just Z1, in India. It is powered by CyanogenMod 12.1 based on Android Lollipop. There is a planned upgrade to Android Marshmallow and it will be out soon.

Specs-wise the ZUK Z1 is a monster for the price it is being offered for. The phone will mostly be priced at around Rs.20, 000(under $300). This will provide stiff competition to the other players in the same segment like the OnePlus X, OnePlus 2, OnePlus One, ZenFone 2 Laser, Moto X Play and a few more. The ZUK Z1 is the best designed Lenovo phone out there. It has a really unorthodox design and will not remind you of any other phone in the market right now. The machined aluminum edges are just great to look at and would feel great too. Lenovo had earlier given a lot of prominence to the White variant of the ZUK Z1 even though a Gray version was available. But now they seemed to have changed tactics, and the launch poster of the phone shows the gray variant.

At the time of its launch in 2015, the ZUK Z1 was one of the first phones to feature a fingerprint scanner and optical image stabilization for the camera. But now, there are plenty of phones which offer these two. The Z1 comes with the older Snapdragon 801, but it is still a powerhouse. There is 3GB of RAM which is also quite common in the phones in this price category. Even though there is no microSD card slot, there is 64GB of internal storage which is plenty.

One of the most appreciated aspects of this phone is its camera. It comes with a 13MP rear shooter with OIS and a 5MP selfie shooter. Though the Cyanogen camera app is buggy, there are third party apps that can be installed for a better experience. The battery of the ZUK Z1 is also amazing at 4,100mAH and it will easily last for at least two days. The Lenovo Z1 will definitely be a game-changer in the Indian market and it is coming out on May 10th at 12PM.

Why Switch to Zaboo Messenger? 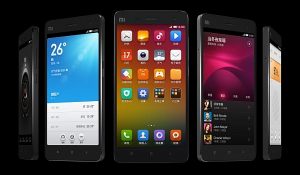 Facebook updated it Messenger App to improve navigation and communication