Last week, Lenovo (parent company of Moto) released a youtube video of celebrating 44 years of the company. The video is all about the progression of Motorola starting phone to latest phone. In this video, there is a leak about Motorola latest phone which is Moto C which will have white color multiple speaker grills at the rear side. Not only this, there is another device which can be spotted in the video which is Moto X which was leaked in earlier images but tipster suggests its name as Moto E4.

Moto C is confirmed by tipster which suggest it as an another budget phone which target market outside the US. This can be the cheapest phone by Motorola with the price around $100. According to Android Soul, this Moto C was spotted earlier in Russian certification list with model name XT1750. If we believe this certification then this phone will come with a 5.2-inch display with a MediaTek MT6580 Quad Core processor. This phone will pack with Android 7.0 Nougat. The design is almost similar to Moto Z and Moto G smartphone lineup.

The image which appeared in the YouTube video related to Moto C is of white color which suggests us that the phone will have 3.5 mm audio jack, a camera with flash and power button and volume button at the right side.

In 2017, there are many offers from Motorola such as Moto C, Moto E4, and Moto X. Last month, a bootloader screen image of Moto X was leaked which show the phone will have MSM8953 (common name Snapdragon 625). The Moto X will come with 3 GB of RAM and 32 GB internal storage.

Read More >>  Manage Your Email with Spark App for iPhone

Not only this, Evan Blass confirmed that Moto Z successive Moto Z2 which will also launch this year which supports Motorola future technology Moto mods. Moto Z2 specifications are not confirmed yet.

We think Motorola is going to be the rock this year but specs of every upcoming phone of Motorola is only Rumored, not confirmed. Motorola always launches the best phone in its price segment that’s why their phones are still a hit. 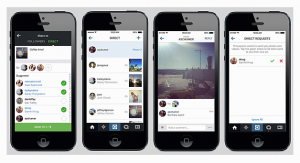