The Korean messaging app Snow is raging in popularity in the Asian countries. It is more popular than Snapchat in Japan, China and Korea. Now, Snow has bigger plans and it hopes to gain popularity in the West too. So, what’s the reason behind Snow getting more audience globally? Let’s find out! There are some features that exist both in Snow and Snapchat. For example, if you want to transform a selfie into a cartoon character or send self-destructive video messages to your friends, you may use either Snow or Snapchat for it.

However, if you wish to improve a selfie to make your skin look clearer, create interesting animated GIF pictures or save your transformed images so that they can be viewed for several days, you must use the South Korea-based app Snow. Why? Simply because you won’t find these features in Snapchat!

Snow might sound like any other messaging app on the block but when you look closer, it has a wealth of features that differentiates it from others. These features make it one of the most popular photo and video messaging app in Korea and Japan. According to a recent survey Snow is one of the most popular multimedia apps in China. It boasts 40 to 50 million active users every month.

Snapchat is a BIG fish!

When you compare figures, Snapchat comes across as the giant fish with about 160 million users every day. The messaging app that is so popular in Asia now plans to spread its wings to the US market with a one-of-a-kind debut for any tech firm since 2014. The parent company plans to launch Snap quite soon however recent stats have shown that the popularity of Snapchat is slowing down.

So, the question is could Snow possibly curtail Snapchat’s prospect of Global expansion?

Snow’s poularity is mainly based on three pillars – connections, timings, and ability to customize the products to meet the local expectations/ needs. When Snow messaging app was launched in 2015, Snapchat was already four years old but it lacked market grip.

Snow quickly took advantage of the opportunity and filled that void. Soon, it became one of the popular messaging apps in Korea, Japan and China. While Snow continues to focus on the 3 main markets (Korea, Japan and China), it also has active users from 140 other countries including the United States. Most of the Snow app users are in their teens or twenties similar to the Snapchat’s followers.

Why ICQ Chat Room IS Next Big Place To Pass Time After A Tiring Day!

Get into Christmas Mood with the Help of Technology 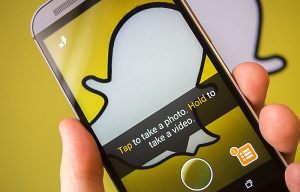