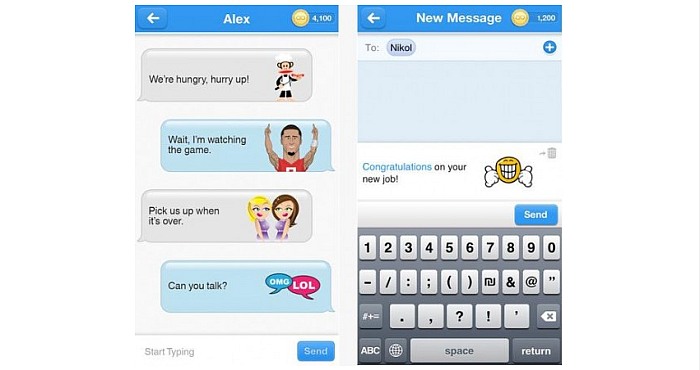 You may use the Lango messenger app to quickly update your status on different social media platforms such as Twitter, Google Plus and Facebook. The biggest plus point about this feature is that it just takes a few taps on the screen and you are done updating in a matter of seconds.

The Lango messenger app is an incredible messaging tool that takes communication at a different level altogether. It is more popular with the youths, especially the teenagers. They can use the several icons to communicate in an exciting and fun way! After a certain age, most of these icons might appear slightly immature.
The Lango messenger app is available for both iOS and Android platform. It can be downloaded from the App Store or Google Play for free!