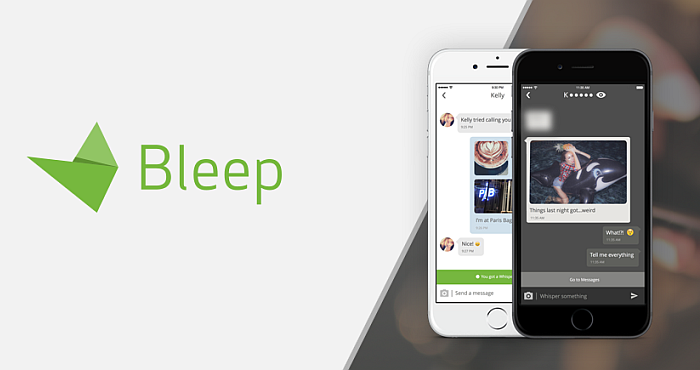 Download Bleep BitTorrent P2P Messenger free for Android. At one point or the other we have all heard of the company called BitTorrent. This company is mostly known for having developed the peer-to-peer (P2P) sharing platform. Recently, however they have released what has now become the most secure messaging apps, Bleep. Its developers first released a test version last year on September so that they could get feedback from the general public and see just how marketable it would be when the full version was released.

The full version is now out. This application can be installed in both Android and iOS devices. There is also a version that can be installed on desktops for both Mac and Windows. This new app mainly focuses on offering security to it users and preventing unauthorized people from accessing information about the users. To do this its developers had to sit and come up with a feature that was not there in the previous messaging apps.

For those who do not know, when you send a message through most apps, the message is first stored on a cloud server before it is transmitted to the recipient. For Bleep, however, there is no cloud server where messages are stored. That means when you send a message from Bleep it goes directly to the recipient and no one at Bittorrent sees the message or has a way of accessing it. This further means that there is no central storage unit from which hackers can hack into and access the information.

If privacy is your thing then this is the app for you. This is because all the messages are stored on the user’s device. In addition if you want to make sure that no one accesses the messages even from your own device, the app has an additional feature called “whisper” which you can use to ensure that. When selected this feature deletes the messages as soon as they have been read.

The fact that BitTorrent developers have come up with this feature it means that they have taken a huge leap in the messaging industry. I do not how long it will take for other developers to come up with something similar to what Bleep can do but for now they do have the advantage. Personally i have not installed it yet but the fact that I can chat with the confidence my messages are only accessed by the only intended opinion makes it more appealing.

Not Available for iPhone

Not Available for Windows Phone

Not Available for Blackberry

Not Available for Fire Phone

Not Available for Firefox OS

Not Available for iPad

Not Available for Windows Phone tablet

Not Available for Windows 8 tablet

Not Available for Blackberry tablet

Not Available for Firefox OS Tablet